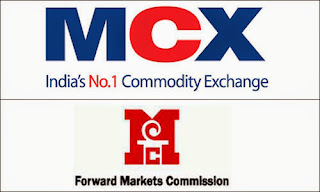 Multi Commodity Exchange has breached the 60-day deadline set by the commodity market regulator Forward Markets Commission for appointing a head to lead the exchange.
The Commission elevated Parveen Kumar Singhal, Executive Vice-President of MCX, as interim CEO on May 23 and gave two months’ time for the board to appoint a new Managing Director. Last Friday, MCX cancelled the interview call given to 15 candidates.
The interview for shortlisted candidates was called off abruptly after Kotak Bank acquired significant minority stake of 15 per cent in the exchange for ₹450 crore. The Kotak Group, which already has a commodity exchange under its belt, has made it clear that it will not claim a board seat in MCX.
The Managing Director and CEO’s post at the exchange has been vacant for over two months since Manoj Vaish put in his papers, just three months after assuming office.
It is reliably learnt that the next meeting of the Board is slated for August 13 to consider the financial results of the company.
Time ticking

The exchange is also fast running out of time to get its promoter Financial Technologies reduce its stake to two per cent. After the stake sale to Kotak Bank, Financial Technologies is left with five per cent stake which needs to be offloaded by August end.
Since the exchange trades contracts three to four months in advance, the promoters have to offload their stake by August end in order to get the FMC’s approval for launching next calendar year contracts. MCX has to come up with the January contracts in September.
The commodity market regulator had declared Financial Technologies and its promoter Jignesh Shah as not ‘fit and proper’ to own stake in commodity exchange after one of its group companies National Spot Exchange defaulted on ₹5,600 crore trade settlement.
Financial Technologies was directed to reduce its stake to two per cent.
Posted by Unknown at 9:50 AM