Gold falls on stronger US dollar 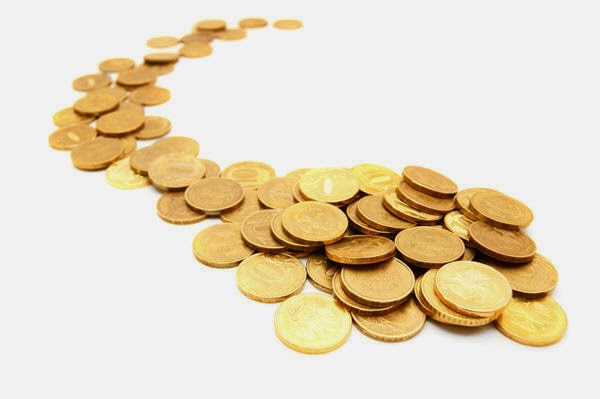 The price of gold inched lower Monday on a stronger US dollar but remained above $1,300 an ounce as mounting tensions over Ukraine and Gaza sustained safe-haven demand for the precious metal.
Spot gold changed hands at $1,303.30 an ounce around 1:30 p.m. EST, down $5.00 from Friday’s close of $1,308.30.
Gold futures for August delivery traded at $1,307.00 per ounce in the afternoon on New York’s Comex, up $1.70, or 0.13%, from $1,305.30 seen Friday.
Signs that the US economic recovery is strengthening boosted the dollar and lessened demand for gold as an alternative asset.
According to Reuters, the dollar floated near six-month highs against a basket of major currencies Monday, with speculation about an early US interest rate hike due to an improving jobs situation putting downward pressure on gold.
But fighting in Ukraine on Sunday between pro-Russian rebels and troops loyal to Kiev, along with Washington organizing to impose sanctions on Moscow, kept the yellow metal from falling below the $1,300 level.
Traders said gold is likely to remain around that level until Comex gold options for August expire later in the day, according to the news agency.
No end in sight
Continued conflict in Gaza has provided gold with additional support.
Although clashes there abated Sunday, no comprehensive deal to end the fighting between Hamas militants and Israel is in sight, the news agency said.
Investors tend to buy gold as a kind of insurance during times of political or financial turmoil.
Gold has experienced double-digit gains this year, hitting a 3.5 month high on July 10.
Posted by Unknown at 9:42 AM