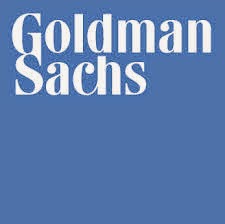 Commodities from iron ore to copper and Brent crude will drop over the next five years as global supplies climb, according to Goldman Sachs Group Inc., which highlighted oil’s recent losses as a sign of increased output.
There will be substantial declines in some metals, energy and bulk commodities, analysts including Chief Currency Strategist Robin Brooks wrote in a report. The period of continued year-on-year price rises for most commodities is over, they said in the report, which was dated yesterday.
Banks from Citigroup Inc. to Deutsche Bank AG have called an end to the commodities super-cycle, when China’s surging demand combined with supply constraints to more than double prices in the 12 years through 2010. Raw materials rallied this year from three annual losses as a lack of rain in Brazil lifted coffee and a ban of ore exports from Indonesia spurred a rally in nickel. The drop in energy prices since last month showed the impact of higher global output, Goldman said in the report.
“A prolonged period of elevated commodity prices has catalysed a supply response,” the analysts wrote. “We do not expect a collapse in global commodity prices. But we do anticipate substantial declines.”
Copper was forecast to drop to $6,600 a metric ton over five years, while iron ore was seen at $80 a ton and Brent may be $100 a barrel, according to Goldman. The steel-making raw material was at $98 a dry ton in Tianjin, China, today, and copper traded at $7,123 on the London Metal Exchange today. Brent was 33 cents higher at $106.35 on the ICE Futures Europe.

The Bloomberg Commodity Index of 22 raw materials climbed 3.4 percent this year. That compares with a 0.9 percent drop in the Bloomberg Dollar Spot Index and 5.3 percent advance in the MSCI All-Country World Index of equities.
“Against a looser supply backdrop, commodity prices should be much less sensitive to fluctuations in global growth than they were,” Goldman said in the report, entitled “Emerging Market Forex and the End of the Commodity Market Super-Cycle.”
Goldman said in a January report the cycle that spurred higher commodities prices is reversing as increased U.S. shale oil output keeps energy prices low, and that would eventually drive raw materials into a bear market. The new cycle would be the opposite of the super-cycle, it said then.
U.S. production of crude, along with liquids separated from natural gas, surpassed all other countries this year with daily output exceeding 11 million barrels in the first quarter, Bank of America Corp. said in a report July 4. Output climbed as hydraulic fracturing and horizontal drilling help producers to pull record volumes of crude out of shale formations.

Brent rallied to as much as $115.71 a barrel last month as military gains in Iraq by an al-Qaeda breakaway group stoked concern that oil supplies from the region may be disrupted. Prices posted a third weekly loss in the period to July 11, with Iraqi shipments unaffected and Libya moving to boost exports.
“Less than a month has passed since geopolitical risks in Iraq pushed up oil prices on concerns over a potential oil supply shock, and the market seems to have absorbed the related risks reasonably well,” Goldman’s analysts wrote. “The expansion in oil supply over the past few years -- primarily from the expansion of U.S. shale production -- has minimized the consequences from past disruptions in Libya and Iraq.”
Iron ore entered a bear market in March on prospects for a glut as supplies surged. Rio Tinto Group (RIO), the world’s second-largest mining company, said today iron ore production in the three months to June gained 11 percent, while Fortescue Metals Group Ltd. said its shipments were 57 percent higher on year.

“We remain bearish on iron ore, and expect a surplus market to drive the longer-term price down,” the Goldman analysts wrote in yesterday’s report. “We see limited upside for agricultural commodities over the longer run.”
Deutsche Bank said last month commodity prices will remain subdued for years as many of the factors and fears that drove the super-cycle have dissipated. Citigroup said in April 2013 that death bells would ring for the commodity super-cycle.
“Our long-term commodity forecasts suggest that fundamentals for commodity currencies will deteriorate,” the Goldman analysts wrote. “Relative shifts in terms of trade between commodity importers and exporters will be a key input to currency determination over the coming years.”
bloomberg.com
Posted by Unknown at 12:46 PM